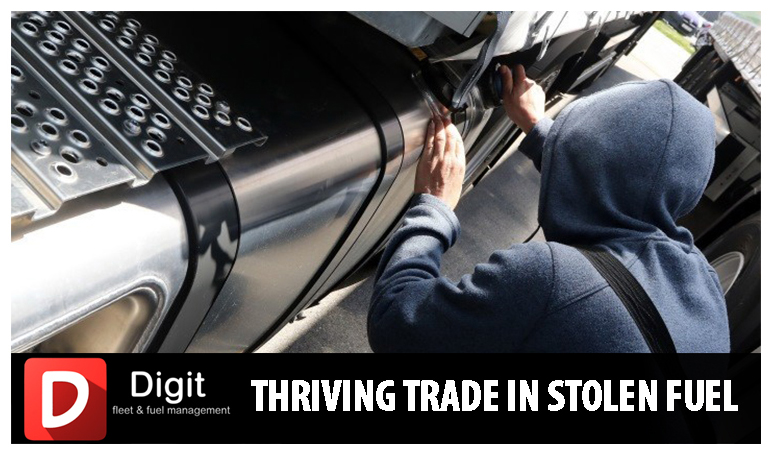 April 2013 A truck driver transporting 40 000 litres of diesel from KwaZulu-Natal to Johannesburg has fallen victim to highway bandits – thieves posing as policemen – who have been raking in millions of rand in recent months from stealing fuel.

Drivers are also robbed of cash, bank cards and other valuables, while their vehicles parked overnight at truck stops have also been drained of fuel while they are asleep.

Local policemen have been accused of accepting protection money to allow syndicates to store, transport and sell the stolen fuel between provinces.

Some truck drivers have been working in cahoots with the syndicates, police said, explaining the stolen diesel is sold for around R8 a litre on the black market – R6 cheaper than the retail prices of R14 a litre.

A truck driver travelling outside Roosboom, near Ladysmith, was held at gunpoint, handcuffed and forced to drink vodka to knock him out.

He said a white Toyota Corolla had forced the truck driver off the road. The suspects, who posed as policemen, were wearing reflector jackets.

One of the suspects drove the hijacked truck to a nearby truck stop, where another tanker was waiting. “The fuel, valued at more than R500 000, was pumped into the (tanker).”

The driver’s bank cards and his PINs were taken, Pitout said, adding that a patrolling police vehicle found him and promised to return to help after attending another complaint. “They never came back,” Pitout said. “The driver somehow managed to phone another driver from his cellphone… (who) alerted a manager.”

As you can see below, this was all fuel theft incidents in 2017. This is definitley a growing trend and there is not much companies can do to curb this. 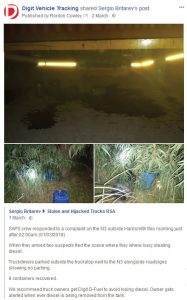 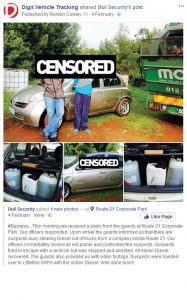 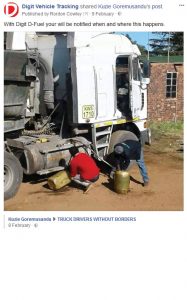 “If the trucks are not hijacked, the fuel is drained while drivers are asleep. The syndicates are raking in millions of rands.”

He said some of the drivers worked with the syndicates and sold the fuel for as little as R4 a litre. The source said investigations had revealed that the stolen diesel was sold to some trucking companies in KZN and to people in rural areas.

“There is a huge market for the stolen fuel. Investigations have also found that some policemen are working with the syndicates,” he said.

“By now, the 40 000 litres of fuel would have been packaged into 2 000 20-litre containers. It would have to be transported to the buyer or buyers,” the source added.

“The policemen are paid up to R5 000 a time to ensure the fuel is transported undetected.” He said various depots in Ladysmith were used to store the stolen fuel.

“The syndicate also generates false invoices to show they paid for the fuel. They are really up with their game.”

But with crime intelligence and surveillance, police were confident of closing in on the syndicate.

Mdunge said an urgent intervention was in place to ensure the syndicate was brought to book.

“Highway patrols have been stepped up. Police officers are equipped with high performance vehicles to ensure these thugs do not escape,” he said.

“Also, truck drivers are not allowed to sleep overnight on the side of the road. The police officers wake them up and send them to legitimate truck stops.”

He also confirmed some of the drivers were working with criminals.

“They open false cases. But most times they have deliberately sold the diesel to criminals. If caught out, these drivers will be charged with defeating the ends of justice.”

Mdunge said he could not comment on claims that some policemen were also working with the syndicates and collecting protection money.

“We have no proof of this,” he said. “But, there is proof that the hijackers pose as police officers.”

One of the only systems that has caught many of these syndicates out is the current Fuel monitoring system done by Digit fleet and fuel management. It is one of the only live systems in South Africa now that actually sends you a notification when fuel is being Stolen. 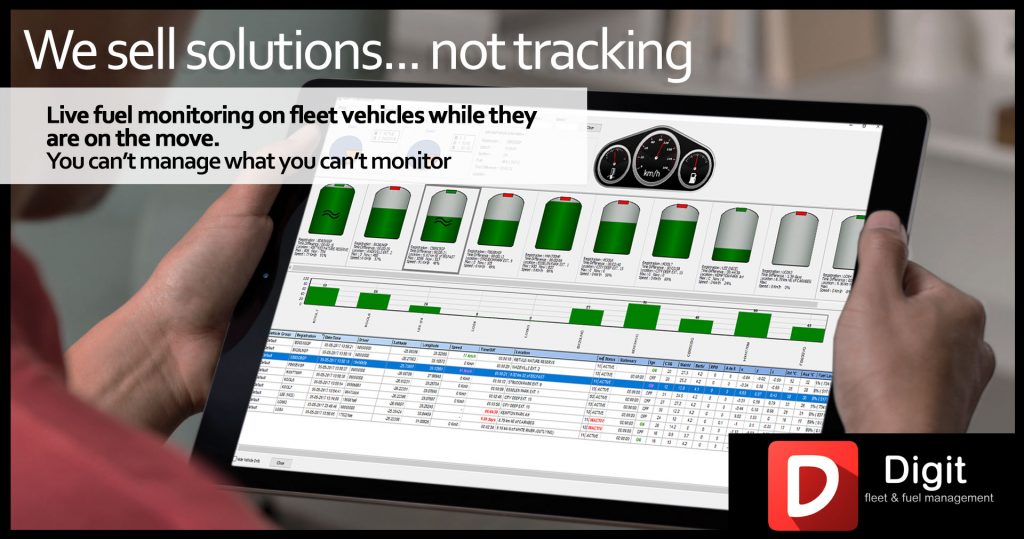 To find out more about this product, give us a call or a message and we will get back to you