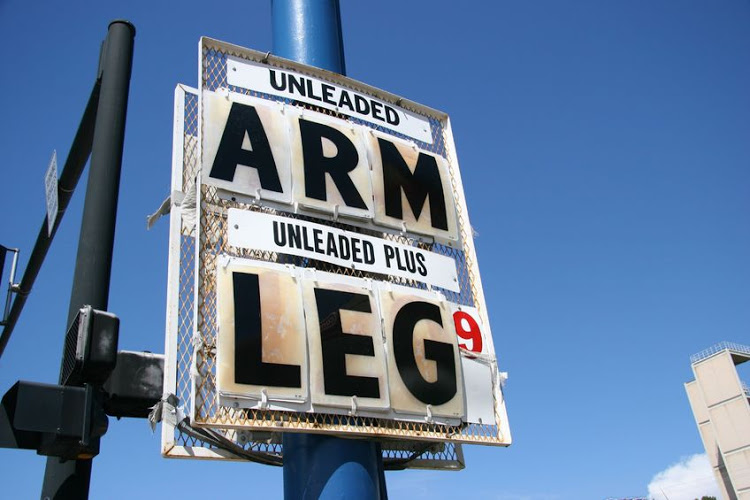 Are you ready to pay even more for Fuel?

If things remain as they are with the rand/dollar exchange rate‚ South Africa could have another fuel price hike in July.

This is the view of Layton Beard‚ spokesperson of the Automobile Association of SA (AA)‚ who added that this warning was still speculative.

On Wednesday the retail price of fuel increased by 82 cents per litre‚ pushing the petrol price to above R15 a litre. It was the third consecutive fuel hike this year.

Diesel now costs 87 cents more and paraffin is up by R1.09 a litre. The price of LP Gas has increased by R1.38 per kilogramme. The increases have been attributed to the rise in oil prices and a weaker rand.

Beard said the recent hike would leave motorists with very little option but to cut down on other expenses in order to cope with the hike.

It will effect companies that run logistic services and fleet owners even more. Steps will have to be taken to implement a proper fleet management system and fuel monitoring system connected to your fleets vehicle tracking to cut down on any suspicious fuel theft behaviors and to truly start taking control of your fleet vehicles.

“One option is using their vehicle less or using their vehicles at different times when the fuel consumption is not going to be as high‚ in other words‚ not in the morning and afternoon in traffic‚ which uses a lot of petrol.” said Beard.

He said the rand/dollar exchange rate was also linked to the country’s economic growth.

“At this stage it looks like there will be another one in July. The rand remains weak against the US dollar and based on the data that we are looking at … the increase is still there. For a moment‚ at least‚ it looks like there is going to be another hike. But that is speculative. I think we’re going to have to wait until the middle of the month and we will have a clearer picture of what will happen in July‚” said Beard.

Beard said the one major concern was that the fuel hike wont just affect the fuel price but would have a negative impact on the poor‚ as paraffin costs are also rising.

The fuel hikes are expected to have a negative impact on South Africa’s struggling economy. The taxi industry has already started raising its fares in Johannesburg and other parts of the country could follow suit. As businesses pass the fuel costs to the consumer‚ people will have less money to spend.

This is bad news after Statistics SA released figures showing that the country’s Gross Domestic Product (GDP) shrank by 2.2% in the first quarter of 2018.